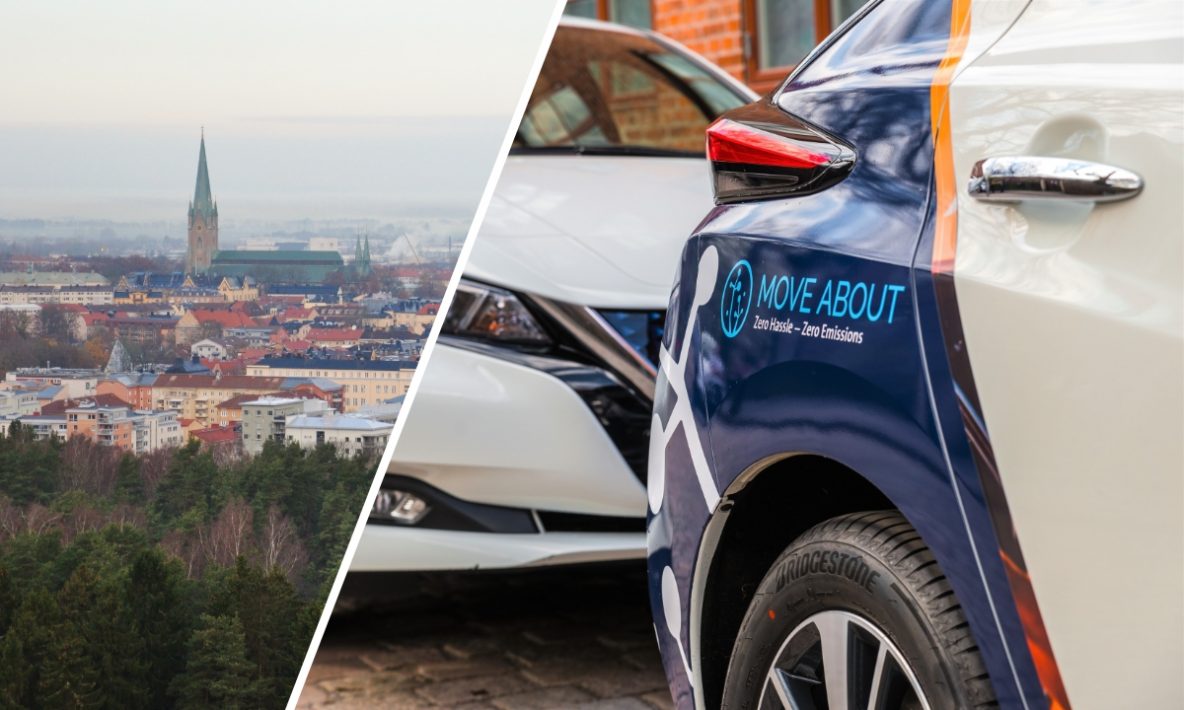 During February, Move About will provide 30 electric cars to five locations for the initial launch. The main purpose is to encourage sustainable transportation and strengthen Linköping municipality's current fleet - with electric vehicles that can be shared with inhabitants and organizations of the city.

In that way, demand for privately owned cars is expected to decrease and more space can be utilized for playgrounds, green areas, and property development.

"We are very pleased to win such a comprehensive agreement. For Move About, this is another proof that our concept is both attractive and competitive for large players and cooperation, as in this agreement. Furthermore, these types of partnerships are indeed an important part of the green shift", says Morten von Krogh, CEO of Move About Group.

Focus on the climate goals and Agenda 2030
Linköping is a fast-growing city where more and more people choose to settle. A rapid densification of the city is taking place, the infrastructure for bicycles and public transportation is being refurbished and modernized.

And not the least: Car sharing locations are being established to decrease the amount of privately owned cars on the roads:

"A common denominator for the partnership is that Move About and Linköping municipality both have a pronounced focus on sustainability - to reach the global climate goals and Agenda 2030", says Morten von Krogh, CEO of Move About Group.

500 tonnes of CO2 saved in 2021
Move About launched their first car sharing locations in Linköping during last year, and two locations are already in use. One is located by the central station, and the other nearby Linköping science park.

"The agreement with Linköping municipality shows how quickly it is possible to transform the transport system to electrically powered and shared all at once. By including the municipality, the real estate developers, and the parking operators in one agreement the benefits reach several areas of society. And when the public is involved in the sharing reaches full circle. An inspiring example for all municipalities", says Peter Aldby, Country Manager in Move About Sweden.

Last year alone, Move About have helped companies and organizations to save more than 500 tonnes of CO2 in Sweden and Norway equivalent to 30 000 trees. A shared electric car from Move About replaces approximately 10-15 privately owned cars from the roads.